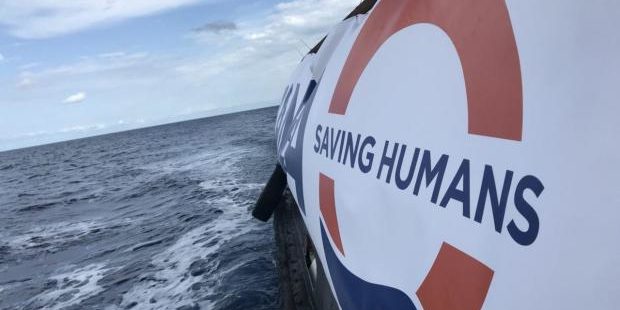 Mediterranea is a platform of different initiatives of civil society coming to the central Mediterranean after the NGOs have been forced to leave in consequence of being criminalized by political rhetoric, even though no inquiry has ever come to any conviction.

Mediterranea bears great resemblance with the NGOs operating in the Mediterranean sea during the last years, observing, documenting and informing the public of what is happening in those waters, not being carried out by anyone nowadays.

At the same time, Mediterranea is different: a non-governmental project by the joint work of heterogeneous organisations and individuals, open to all voices from different perspectives, secular and religious, social and cultural, union and political, that feel the urge to share the goals of this project, which aims at giving hope, rebuilding humanity, and defending law and rights. 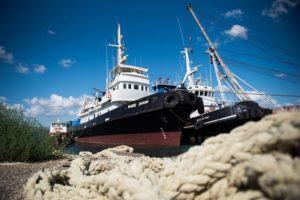 An act of solidarity and of civil disobedience

The action of Mediterranea is moral disobedience and civil obedience. Disobedience to the nationalist and xenophobic public discourse and to the interdiction of witnessing what is happening in the Mediterranean; but obeying to the constitutional and international law, the law on the seas and general human rights, including the obligation of saving those who are in danger and bringing them to a safe harbor.

The associations at the heart of this project, ARCI and Ya Basta Bologna, NGOs like Sea-Watch, the online magazine “I Diavoli”, social enterprises like Moltivolti from Palermo, want to create a new safer spaceat the center of the Mediterranean sea: open, showing solidarity and built on the respect of human life.

The work of the promoters is only the first step. Many meetings and confrontations on this project are being held with catholic organizations, associations and volunteers, with representatives of social spaces. National and European politicians, and mayors of major cities in Italy and Europe are involved too.

Mediterranea decided to bring a ship flying the Italian flag to the sea, prepared to monitor. But also ready for rescue, knowing better than ever that saving one life in danger means saving all of us.

The main goal is to be where needed, to witness and document what is happening, and if necessary, save whoever risks to die in the central Mediterranean, as requested by current regulations.

Mediterranea is present also on shore by creating a support network.

A platform accessible to anyone

A real platform of social connections between existing networks and individuals who want to participate in this venture.

Anyone can join Mediterranea at any moment and each of its supporters will become a promoter of the initiative.

The network of cities of refuge, or cities of hospitality are a natural interlocutor for this project. Those European and Italian cities, which have developed best practices of hospitality, and which fight against closing their harbors and creating a continuous massacre by this closure, are the most efficient, rational and important answer to the irrational and often illegal politics of Italy and Europe in the matter of asylum rights, human rights, the obligation of saving life and rescuing people who risk their life. Mediterranea cures valuable relationships with the main NGOs that do SAR activity in the Mediterranean sea, collaborating especially with Sea-Watch and Proactiva Open Arms.

You can help too