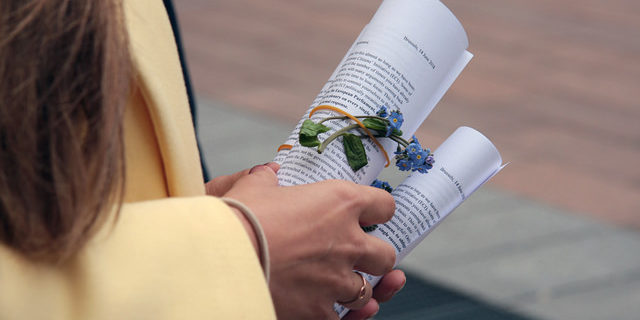 The legislative revision of the European Citizens’ Initiative (ECI) has entered a crucial stage. In order for the reform to be successful, we call upon all civil society organisations across Europe to join our #EPForgetUsNot campaign – supported by 70+ civil society organisations so far – for a politically meaningful ECI reform and to co-sign our open letter to all 751 Members of the European Parliament to be sent on 2 July 2018.

The ECI is the world’s first-ever instrument for transnational, participatory and digitally facilitated democracy which formally allows 1 million EU citizens to directly participate in the process of agenda-setting within the European Union. While this sounds great in theory, the ECI practice over the first six years has demonstrated that the ECI, if not properly regulated and implemented, is more likely to lead to disillusionment and Euroscepticism than that it leads to the empowerment of European citizens. That is why it is being reformed as we speak.

The European Commission presented its proposal for the new ECI regulation in September 2017. Since then, the Parliament and the Council of the EU have worked in parallel to develop their own positions on the Commission’s proposal. The Council announced on 26 June 2018 that they are ready to enter into negotiations with the European Parliament. The Parliament’s Constitutional Affairs Committee (AFCO), in turn, has adopted its own legislative report on 20 June 2018, while similarly indicating to be ready for the interinstitutional negotiations. However, before they can start the negotiations, AFCOs decision needs to be supported by a simple majority of the European Parliament in plenary session. The vote in plenary is expected to take place on 5 July 2018.

Why the coalition of CSOs needs your help too?

Both the Commission’s proposal and AFCO’s adopted legislative report contain relevant improvements that would increase the user-friendliness and accessibility of the ECI. However, what both documents crucially fail to address is how to solve the problem of lack of political impact of successful ECIs as perceived by successful ECI organisers and civil society alike. Without addressing this more fundamental problem, the chances for a politically meaningful future of the ECI are slim at best. It is for this reason that civil society organisations across Europe have joined efforts to remind the European Parliament of its important role in the ECI reform on this crucial aspect of follow-up to successful ECIs. Over 70 organisations, including all 5 successful ECIs, have sent a first open letter to AFCO members prior to their vote, calling upon the Parliament to have a debate and vote in plenary on every single successful ECI before the Commission adopts its formal response. Unfortunately, this has not had any impact on the outcome of the vote in AFCO (read our press release after the vote), which is why we have prepared a second joint open letter to the European Parliament, now calling upon all 751 Members of the European Parliament (MEPs) at plenary level to take their responsibility for the ECI. Every extra co-signatory strengthens our message and increases our chances of convincing MEPs to take more responsibility for the follow-up on successful ECIs.

What will we ask from MEPs?!

The coalition for an ECI reform will call upon MEPs to withhold the mandate to be given to the European Parliament negotiating team to enter into interinstitutional negotiations until their legislative report contains an explicit commitment of the European Parliament to significantly increase its structural involvement in the follow-up to successful ECIs. Find the full text of our joint open letter here

How can my organisation co-sign the joint open letter?!

If you represent a European civil society organisation or (former) European Citizens’ Initiative, then the ECI campaign wholeheartedly welcomes you on board of this campaign. You can join the coalition and co-sign the open letter by filling out this form or by contacting Daniela Vancic (vancic@democracy-international.org, +4922031802881) or Maarten de Groot (maarten@citizens-initiative.eu; +31640595647). The deadline for submitting statements of support (in order to be included in the mailing to all MEPs) is: 2 July 2018, 10:00 CET.