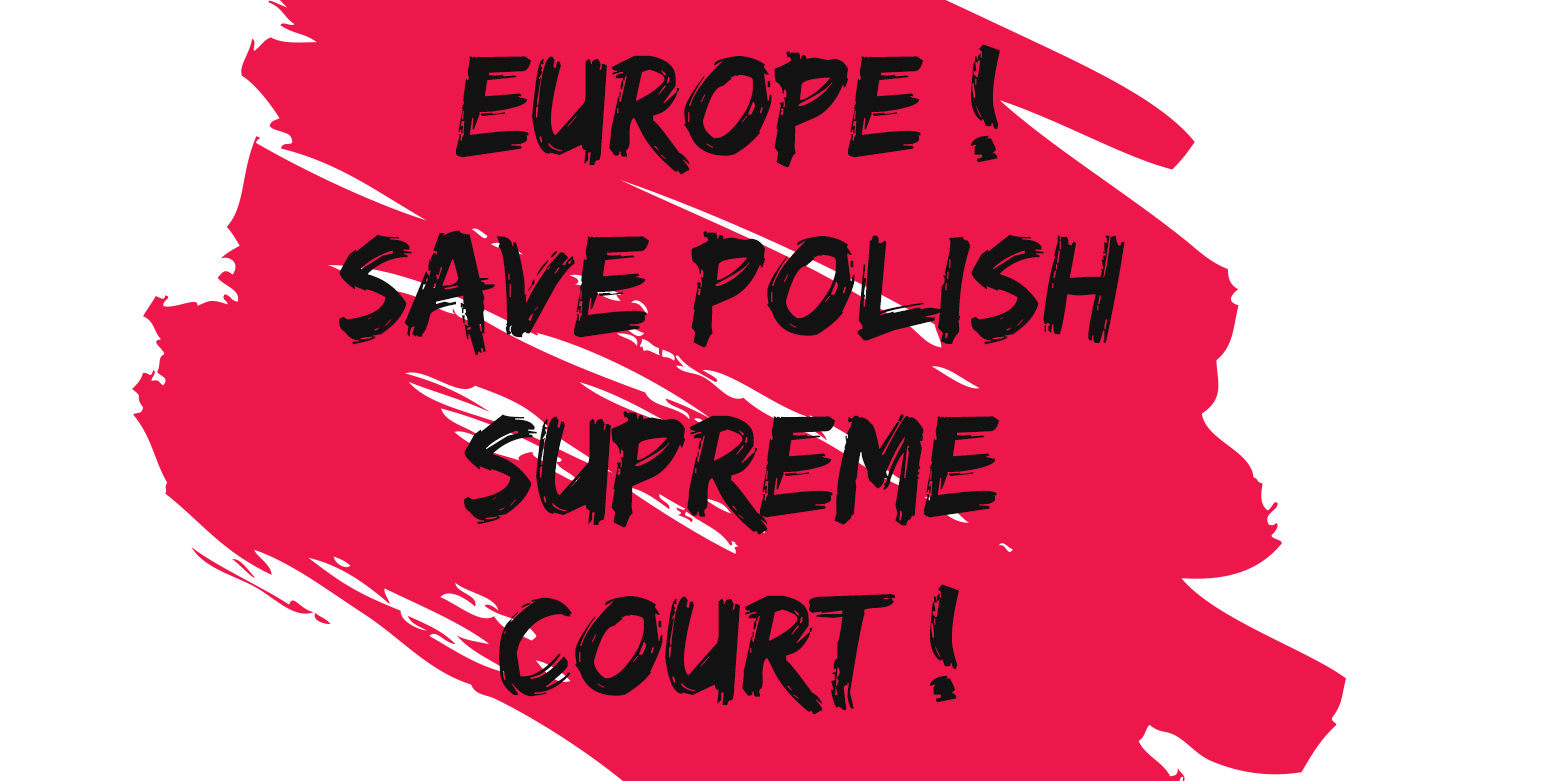 As the Polish government wants to reform the Supreme Court of the country, civil society organisations and citizens are mobilising and urging the president of the European Commission to prevent it.

The European Commission and Court of Justice of the European Union are the institutions created to protect core principles: the rule of law, separation of powers and human rights. In Poland those principles hang by a thread.

To its discredit the Polish government, simultaneous to the unprecedented procedure under Article 7 of the Treaty on European Union being underway, enacted the Statute of Supreme Court, which removes the last vestiges of judicial independence. It may force up to 60% of the current Supreme Justices to retire and their places given to others, selected by the executive and the National Council of the Judiciary (its body already heavily influenced by the legislative under the recent law).

More specifically, Articles 37 and 111 of the new Statute of Supreme Court, infringe upon the provision of the article 180 of the Polish constitution, that the judges shall not be removable, and can only be recalled, suspended, transferred or otherwise removed pursuant to the appropriate statute. Two provisions in the new Statute of the Supreme Court clearly violate these principles: the enforced early retirement of judges before the end of their tenure and the discretionary power of the President of the Republic of Poland to allow them to continue to work after retirement without any clear criteria or any possibility to appeal. They also infringe Article 2 and Article 19(1) of the Treaty on European Union, as well as Article 47 of the Charter of Fundamental Rights of the EU.

The law on the Polish Supreme Court violates the fundamental principle of judicial independence.

We believe that it is the highest time to act, therefore we call on the European Commission to take the law on the Polish Supreme Court to the CJEU for violating the fundamental principle of judicial independence, enshrined in the Treaty on European Union and the Charter of Fundamental Rights of the EU.

Stopping the dismissal of dozens of judges of the Supreme Court on 3 July is of the utmost importance, otherwise the parliamentary majority will be able to entrench around 70 new judges and form the majority in the new Supreme Court in one stroke. Once the new judges are in place, their nomination will not be reversible even by a new government, unless it has a constitutional 2/3 majority.

Sign the appeal on the official website of the petition and support Polish citizens in their fight for democracy and Rule of Law.

Sign the petition for a truly democratic Europe!
13 May 2019