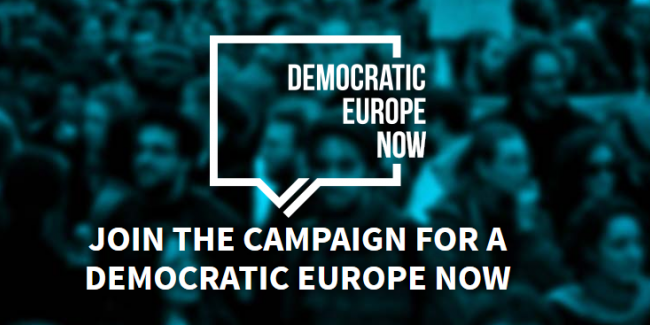 All over the world, countless people are passionately and tirelessly working to make sure that citizens have a real say in the politics that govern them. To highlight and empower this burgeoning network, Democracy International is launching an interactive online platform, gathering and connecting people and organisations working on modern direct democracy worldwide.

The new online platform will allow anyone active on issues of modern direct democracy to create a profile to showcase their work, promote their upcoming events and get in touch with experts and others working on the same topics.

All of this information will be presented on a map of the world, making it easy to search for initiatives and events globally. The platform will also host a news section with the latest stories on citizen participation, examples of best practices and background analyses to inspire and nurture initiatives everywhere. The official launch is planned for April, but signing up is already possible at democracy.community.

Democracy International and its partner organisations are preparing an EU-wide candidate pledge campaign in the run-up to the European elections of 23-26 May which addresses the need for the fundamental democratic reform of the European Union. They will ask all EP candidates to pledge support for the organization of randomly selected citizens’ assemblies on the democratic future of Europe. We want to organize these assemblies at both the national and European level. The campaign follows up on the 2014 Democratic Europe Now campaign, which was supported by 1200 EP candidates of which 114 were elected. We also run a petition and publish a manifesto, to be signed by opinion leaders. The campaign will be launched mid-April and we will ask all of you – individual citizens and civil society organisations – to stand by us and to support our call, so that future MEPs will demonstrate the much-needed democratic leadership! Stay tuned! For contact: degroot@democracy-international.org

Europe! Save Polish Supreme Court! Sign the appeal to the European Commission
7 June 2018

After the Italian elections shake-up, it is time to act #MEGA
19 March 2018
Retweet on TwitterLia Ghilardi FRSA AoU Retweeted